Success is often an elusive term that is most often measured subjectively by the individual or group that is involved with the goal or objective. Success can be achieved by individual motivation, or by the motivation of a group of genuinely enthusiastic individuals. This group can then combine their individual talents and motivation to create something out of the ether that is extremely powerful. The CBA teams working together to provide a Halloween dance party, took full collaboration between everyone and these events can drive success in team building. It is extremely interesting to watch from the inside, as well as from a distance.

CBA’s first ever Halloween Party was a prime example of how a genuinely motivated group effort is able to create a something extremely special. Upon our opening of our brand-new Center for Behavior Analysis, we really wanted to showcase our clinic by throwing a Halloween party, that would be both fun for our participants and clinicians alike. This was a great way to get new and familiar faces in the door, as well as to generate synergy amongst the current staff at CBA. To say that this event was a success, and that these goals were met, is honestly an understatement upon looking back at the event with retrospective lenses.

With less than a month to plan and prepare for the party, CBA staff were left with a huge challenge. The difficulties of planning a large party are already difficult enough, but when you add in the factor that the clinic space was not yet prepared, strict deadlines would also play a factor in if the party was going to even be possible. On September 28th, the wheels were set in motion when Josie (Boerner) contacted Sable (Doucette) with the idea of throwing the Halloween Party in the first place. The idea of even having the party was enough to put these plans in motion. After Speaking with Sharon (Trew) and Steve (Foreman), Josie and Sable were able to start the brainstorming process. “Josie had a lot of great ideas; we just expanded on them the more we sat down together,” said Sable.

From this point, the next step was to meet with the admin team to create a blueprint for all of the finer details for the party. Right off the bat, everyone was completely on board with the idea of the party. After taking a walk around the clinic, everyone was able to come together to create a vision for how they wanted the party to be. After the vision was created, this is where the magic started flowing, and the true essence of the party, and CBA spirit, became evident. Everyone, and we mean everyone, stepped in to help. “It was impressive to see CBA Employees coming and working together on something that wasn’t a job requirement,” said Sharon.

“I saw everyone come together to play a part in making everything (The CBA Halloween Party) come together,” added Lauren (Brim). So many people showed up, after 2 years of building the facility, it’s always a nerve racker when you don’t really know what’s going to happen…

The whole day of October 26th was such a blast, and one that all of us at CBA will never forget. The morning of the party, there was a tangible buzz in the air that could be felt by everyone in the building. As people set up for the party, you could tell that there was sense of solidarity amongst the CBA team members. The first order of business was to get all of the decorations set up. Robin (Simmons) and Monica (Howard) played an integral part in transforming the new clinic space into a true Halloween party space. They did everything from setting up tables and making flyers, all the way to filling up goody bags and setting up the chili cook-off. “It was a great team effort, and we wouldn’t have been able to pull it off without the team,” said Monica.

Robin Simmons added,”Even if nobody shows up, it’s already a success because of all of the teamwork and involvement of all of the staff working together in preparation before the event.”

At 5:30 pm everything was in place, and it was time for the party to start, and you could really tell that there was an air of excitement throughout the clinic. As guests started to arrive, you could see from their faces that they were pleasantly surprised with what kind of party they had just walked into. One-by-one families started to arrive, and quickly made themselves at home in the new clinic. With so many different activity stations set up, there was more than enough things to do for everyone to occupy their time in an enjoyable way.

As mentioned above, the amount of activities that there were to do, really helped the party flow and helped everyone enjoy their time at the party. There were two different arts and crafts area, face painting with the American Heritage Girls (KY Troop 2415) and even a low sensory movie room for anyone who wanted to enjoy themselves in more of a relaxed manner. However, the most interesting the activity of them all had to be the trick-or-treating stations that were set up in the rooms throughout the clinic. The goal of these rooms was to teach the kids in attendance how to trick-or-treat properly. This was done by prompting them which houses they should go to, based upon if the lights were on or off, and also teach them what they should say and how far back from the door they should stand.

Towards the latter half of the party, with still a majority of the party-goers in attendance, people started to get up to dance. Led by Monica, Sharon and Sable, people made their way out on the floor to dance. Songs like the “Monster Mash” and the “Chicken Dance” played as people danced with genuine looks of enjoyment on their faces. It was really amazing to see so many people step outside of their comfort zones to join in one the fun. “We got the party started!”, exclaimed Monica.

When you are in an unfamiliar environment, with mostly unfamiliar people, it can sometimes be difficult to truly let loose and fully enjoy yourself. Watching the CBA staff members make people feel right at home was by far one of the most special moments of the evening. Specifically, one of the coolest moments of the night was when Sable was able to help one of her participants practice his gross motor skills while the “Chicken Dance” was playing. With her participant usually being very sensitive to loud noises, he bravely joined Sable to on the dance floor, and they were able to practice some of his skills when the part of the song included clapping.

“He kept looking at the dance floor, and typically he doesn’t like loud noises, so I grab his hand and we go out on the dance floor,” said Sable. “At the very end you have to clap, and this is a skill that he’s been working on at home. I go through the whole motion with him, on his eye-level, and he clapped right on cue, and it was just perfect.”

Moments like this are extremely special, and we are so happy that we were able to provide participants and their families with such a fun evening. At CBA, we care very deeply for our participants, and seeing the smiles on their faces was so special. We are also proud of the fact that we were able to showcase our brand-new clinic, and receiving compliments was just the icing on top of the cake that was an amazing Halloween Party. From the team effort, to the fun that was had by all, we can’t think of a single negative thing to say about our first ever Halloween Party. We can’t wait for our next event!

We would like to set aside part of this blog post to say a huge “Thank You” to everyone who was involved in making this event possible. A huge shout-out goes to Josie who played a huge part in making this party even possible. Without her, the mere idea of the party may have just been an idea that didn’t make its way into someone’s mind until it was too late to even throw it. From the trick-or-treating to the movie room, Josie was able to really step-up and make this happen. “She has worked so hard to get to this point, and it was great to see her step outside of her comfort zone to make this come together,” said Sable.

Next up, we would like to give a shout-out to Sable for physically putting the plan in motion. Whether it was from helping Josie with the initial brainstorming process, or getting together the party-planning committee, Sable was really able to step up and help Josie in making this event what it was. She put in a lot of hard work and organization to make the party such a success; especially with such short-notice. “Anybody that has worked with Sable knows that if she can make something happen, then she is going to,” said Josie.

The party-planning committee also deserves a huge shutout for the role that they played in getting the party set up, decorated and running smoothly. Robin, Monica, Sharon and Lauren worked extremely had to make the party look spectacular, as well as make sure that all of the supplies were purchased. It was amazing to see how much effort they put in by going out to buy the actual supplies, and then to set everything up, and make the clinic look visually stunning on top of that. “They did a lot of shopping, setting up, and decorating,” added Josie. “The space transformed completely over last week.”

There are so many more shout-outs to give, that it’s a true testament to the spirit of team CBA. Further ‘Thank You’s go out to our Team Leaders (Gloria, Meg & Tommy), Admin Team(AJ,Scarlett and Heather), Associate Clinical Director (Dyan),Clinical Supervisor (Megan), Behavior Support Specialists (Molly & Mindy), Counselor (Gina) along with President/Executive Director, Jason Simmons and Executive Business Director, Stephen Foreman. Without their help and support, none of this would’ve been possible. It was truly an honor to be a part of this event. May the spirit of CBA continue on!

When You Work Alongside Passion, the Content Creates Itself 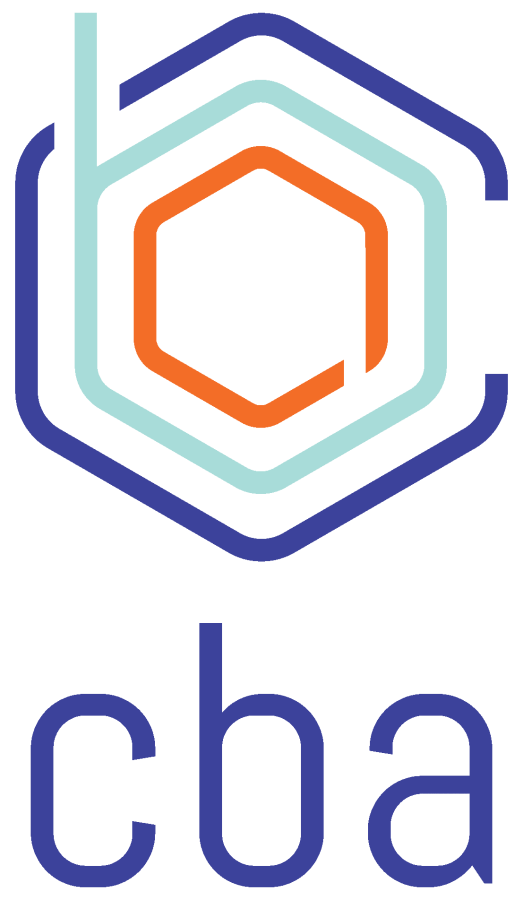