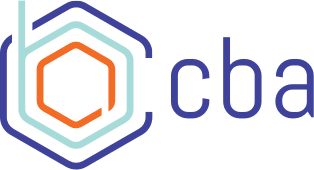 Jason Simmons MS BCBA attributes many of his accomplishments directly to what he learned over 5+ years providing (1:1) DSP services for the communities of North Texas. Mr. Simmons began as a community-based DSP providing skills training in Personal Assistance, Applied Behavior Analysis (ABA), Recreation Therapy (under CRTC supervision), Music Therapy while a Saxophonist/Music Major in College, as an undergraduate at “The University of North Texas” and Special Olympics Basketball Coach for the honorable “Denton Dynamos” {they won Silver medals three years straight}. He was fortunate to have a scholarship for most of his undergraduate training and saved money for graduate school. Eventually he finished his Bachelor of Applied Arts & Sciences (BAAS) at UNT in 1998. Jason Simmons MS BCBA started providing direct behavior services in 1994 as a Direct Support Professional (DSP) for Denton County, Texas. He’s happy that he moved to Kentucky in 2001 to start his carerr as a Board Certified Behavior Analyst!

After being accepted into the UNT Graduate Training Program for Behavior Analysis in 1998 he learned Case Management, Functional Behavior Assessment(s) and was eventually appointed “The Director of (Self-Injurious Behavior) Research” at UNT under mentorship from Dr. Richard G. Smith’s Behavior Analysis Resource Center. He went on to become a BCABA, BCBA, Senior BCBA, Clinical Supervisor and ultimately an entrepreneur, husband and father to three beautiful daughters after graduating with a Masters Degree in Behavior Analysis from The Department of Community Services at UNT in Denton, Texas. One daughter, Max Simmons, was born in 2008 with a severe form of Lissencephaly. A congenital brain malformation caused by CMV that results in severe impairments to all aspects of life including: blindness, deafness, feeding problems (J-Tube), wheelchair-bound and many other difficulties that cause layered issues…

CBA was founded over 25 years ago with his wife Robin Simmons and their daughters. after 2008 they began designing programs to help parents learn skills they could use for the rest of their lives and RAPID Skills Training (RST) was eventually formulated, teaching parents & caretakers five critical interaction skills based on evidence-based approaches to teaching skills (i.e., using the basic Behavior Skills Training or “BST” format). They’ve created over 500+ jobs in various fields and with fellow employees and key staff, they’ve collectively serviced over 4000+ students & program participants. The Simmons family and key staff over the last two decades built community based services in multiple states; recently, they built and designed a new “Center for Behavior Analysis” in Louisville Metro, partnering with a company in Indiana called “Individualized-Applied Behavior Analysis” or i-ABA. i-ABA is one of the regions long standing, quality based on-site intensive ABA programs for children 2-12 years of age diagnosed with autism.

In his free time, he enjoys being with his family on travel adventures, hiking, exploring, building houses and continuing to work on how to improve human services for parents.

Jason Simmons MS BCBA started providing direct behavior services in 1994 as a Direct Support Professional (DSP) for Denton County, Texas. being from Texas was recognized as a “Kentucky Colonel” from Governor Beshear in 2014 for work done in Behavior Analysis & Therapy, Autism and as President of “The Kentucky Association for Behavior Analysis” (KYABA). CBA has been awarded “Excellence in Service Provision” in Bexar County, Texas & recently was bestowed as one of the 100 “Best Places to Work in Kentucky” 2019. Mr. Simmons primary focus over the last 5 years has been helping parents, grandparents, caretakers, teachers and others, who care for loved ones labeled with autism, learning or neurological impairments and brain injury through CBA’s trademarked program called RAPID Skills Training or “RST”.

“Jason, Emma, Sable, and Jacob visited my class to share their experiences working on their RAPID parent/staff training.

My students were very impressed with their presentation and the thoughtful that went into its creation. We appreciated them taking time out of their busy days to come visit us and help better the next generation. Thank you!”

Kentucky Colonel is the highest title of honor bestowed by the Commonwealth of Kentucky.